Room 13 went to the bike track . Miss King  had some wood we were talking together how to make a ramp..
We ask Mr Shaw, “Can we please use some wood?” Mr Shaw said “Yes”.
We nailed on the wood and we  were taking turns hammering the nails into the wood. Osa went first. I was holding the wood  and l got a turn.  Siosiua bent the nail.
Finally we rode the bikes. Miss King put the ramp down the hill. Around the court we rode faet. We did some wheely. Some of us did some crashes.


Miss King  got us the ramp. We rode fast and fun so thanks to Miss king
Posted by Brendon at 10:08 No comments: 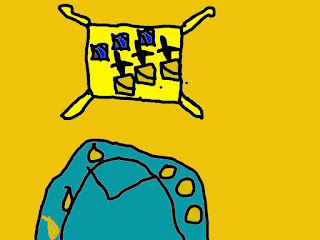 Pt England School celebrated Matariki by having a special day. The whole school celebrated with an assembly in the morning and then fun activities for the rest of the day.
All the kids were split into groups for the activities. We got to work with a different teacher and other kids all day long. Some of the activities were crafts, sports, music and movies.


The activity I got to do was the activity l got do was cooking and crafting and we were working with miss Lae l made a box l decorated the box and l put airg on the biscuits and l got to put lollies on the biscuits l put it in my box  and miss Lae sied you can eat one biscuit. We had the most fun celebrating Matariki
Posted by Brendon at 14:32 No comments:

One day some pirates  were guarding their treas. On an island suddenly a soldier came in his blue boat. He was angry because the pirates stolen his treasure. He wanted it back. As he rowed  toward the island he saw a green crocodile. How was he going to get past green crocodile to get to the treasure? The pirates were ready to battle. One of the pirates was holding a telescope and a sword. 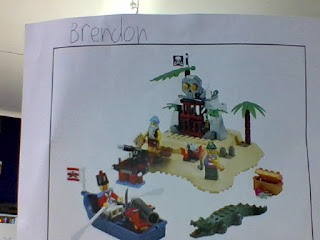 We have been learning the story of Tamarereti. Here is my animation I made with Hyperstudio.

Beside Lake Taupo was a village. In the lake there lived a scary Taniwha who would eat people when it was dark. There were no stars in the sky at night - which made night time very dangerous.

One day Tamarereti went fishing in his waka and he was blown by the wind to the other side of the lake.

After a long sleep, the sky was dark. Tamarereti was afraid of the Taniwha - but he had an idea.
On the beach lay many shiny pebbles. He gathered the pebbles. Tamarereti threw the pebbles into the night sky where they became stars.

Now the sky was too bright for the Taniwha and he stayed hidden.

Tamarereti made it safely home again.
Posted by Brendon at 12:49 No comments:

We have been learning lots of new words in our reading group.
Posted by Brendon at 10:11 No comments:

Once upon a time there was village with heaps of gold then some pirates came to attack for some gold. They burnt the houses, they fought and the pirates won. 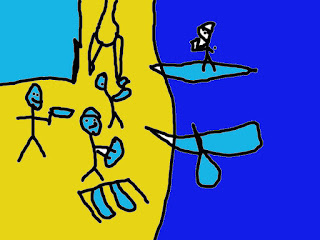 Email ThisBlogThis!Share to TwitterShare to FacebookShare to Pinterest
Labels: 2017, Writing

Hi my name is Brendon I am 11 years old and year 7 at Pt England School. I am in room 3 and my teachers are Mrs Tele’a and whaea Kelly. What I am looking forward to is sports and reading because reading is one of my favorite subjects. I like sports, my favorite sport is ripaa or rugby. My goal for term 1 is to not get on rethink, and in term 2 I want to be better at handwriting and spelling, and in term 3 I want to know my divisions and multiplication faster and my last goal is to become a house captain in term 4.

Who is visiting this blog?